Menu
PrevPreviousThe Success of Paranormal Reality Shows
NextUtilizing Professional Psychics: Who, What, Why and Where?Next

Powerful and Successful Business People Who Have Psychics for Business

For years now, psychics have always been consulted whenever it comes to matters of high significance or importance. In the past, successful and influential people have turned to psychic whenever it was time to make major decisions or to find answers bothering on serious issues in their lives.

The efficacy of this ancient technique has continued to hold true even in our modern world today. This and many other obvious reasons spell out in simple terms why psychic advisors have and will continue to have a rather very strong following among many famous, rich and successful people in America and the world in general.

CEO’s of fortune-five hundred companies, celebrities, business moguls make it a priority to consult their psychic advisors concerning anything from general everyday living to important business decisions.
Great leaders, both present and past have often confessed of their reliance on advice from psychics in times of crisis and in implementing the various decisions that affect the very core of the American civilization as we have it today.

The reason behind this much reliance being that psychics can provide the much needed advice, direction and insight into the most delicate situations in life. It helps you make more informed decisions.
To buttress this point further, here are a handful of powerful and successful business people who have openly professed to have relied on psychics:

The famous American industrialist financier and banker, John Pierpont Morgan, who dominated the corporate, financial and industrial consolidation in the United States back in the late 19th and early 20th century was at one time quoted to have said “Millionaires do not use psychics, billionaires do”. He was a well-known devotee to astrologists and psychics.

History has it that Morgan’s psychic advisor had predicted rather very much accurately the stock market crash of 1929. Also credited to her, was the prediction of WWII as well as rumors of her having had a premonition of her own death.

The contributions of spiritual psychics have also been attributed to the success achieved by numerous successful people in the past years. In the present world today, psychics have constantly been consulted on matters bothering on a multitude of corporate issues including but by no means limited to investment, marketing, product launch and the likes.

The Scottish-American industrialist, business magnate and philanthropist, Andrew Carnegie is a steel tycoon who according to history had led the expansion of the American steel industry in the late 19th century. He had openly attested to relying much on the advice of a live-in psychic and spiritual advisor in almost every endeavor of his life.

Regularly featuring psychics on his live show, talk show host Montel Williams had worked with psychics in a bid to help audience members reconnect with loved ones, missing family members as well as murdered victims to reconcile deep emotional issues. He has featured in his live shows, psychics with special abilities including ones with the ability to diagnose medical conditions and ailments.

The famous superstar Angelina Jolie had consulted psychics in a lot of issues in the past. Ranging from career to family, she often turned to psychics for advice and insight. Examples include the time when she sought to receive a sign from her late mother concerning approval for her marriage. She also sought for psychic advice regarding the issue of whether to conceive another child or adopt one.

After getting a divorce from her marriage to the infamous Charlie Sheen, Denise Richards sought advice from a psychic in a quest to be given a sign to show that her late mother was still around in some form. She openly admitted to seeking psychic guidance because she had wanted a reaffirmation in her belief in reincarnation.

This list of famous people who had employed psychic powers at one time or the other just goes on. Numerous US presidents as well as other powerful leaders both past and present including Ronald Reagan, President Washington, Theodore Roosevelt, Queen Elizabeth I, Napoleon III, former British Prime Minister Tony Blair and a host of others have openly admitted to consulting with psychics on issues bothering of decision making and insight.

All these people at one point or the other had felt the need to connect to a rather different type of energy which will offer them new insights about themselves, including satisfying their happiness, fulfilment and of course satisfaction.

Even today, psychics advise CEOs, executives and investors and generally anyone on visualizing techniques and methods that will help them realize their goals and the paths to achieving them. 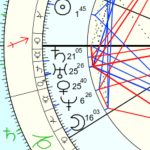 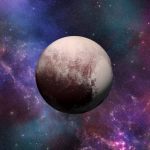 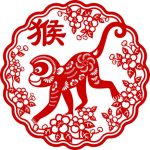